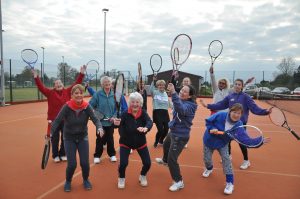 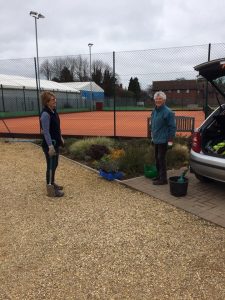 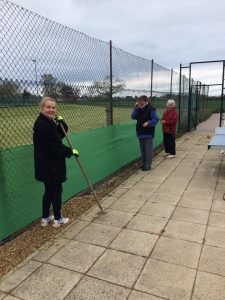 Dear Parent/Carer
I am contacting you all to clarify the coaching activity situation which will be in place in the new year up to Easter 2019.
Firstly, I would like to say a big thank you to Laura Brett for running our Sunday Coaching Programme from September to December. The Club/On2Court were in a difficult position over the summer where we were left with a short amount of time to find a coach for the Sunday programme and therefore Laura helped us out of that situation. So for next term we shall be making some temporary changes to our schedule.
Coaching sessions will continue as usual on Tuesday evenings with Gary Fitzjohn continuing to run these. The session timings will be as follows;
Mini Red (4-6 years) 4.15-5pm
Mini Red (7-8pm) 5-5.45pm
Juniors (9-16 years) 6-7pm
Adult Beginners 7.30-8.30pm
Although we are unable to run regular Sunday coaching next term we will be running two tournaments on the following Sundays with further details to follow shortly;
Sunday 27 January
Sunday 17 March
We are also announcing the following dates for February half term and Easter Camps so you can put them in the diary early;
February Camp-Monday 18 February
Easter Camp-Monday 8 April & Tuesday 9 April
Again, further details will follow with these camps. We therefore still have a good spread of coaching/competitive opportunities taking place at the club throughout the term.
Looking further ahead, myself and the club are putting plans in place for longer term coaching provision with a view to the summer term. We understand that those of you who currently attend coaching on Sundays may be a little disappointed by this. Hopefully, even if it’s temporarily, many of you may be able to move across to a Tuesday. For those who cannot, we hope to see you taking part in the competitive events we have planned on a Sunday as well as the holiday activities.
We hope you understand that this is a difficult situation for the club and finding coaches to take over part time/temporary coaching positions at short notice is extremely difficult and an issue that many clubs suffer from. We therefore hope you bear with us during this time.
Finally, we would like to wish you all a Merry Xmas and a happy and healthy new year!
Simon Bentley
Director
Pages: 1 2 3 4 5 6 7 8 9 10 11 12 13 14