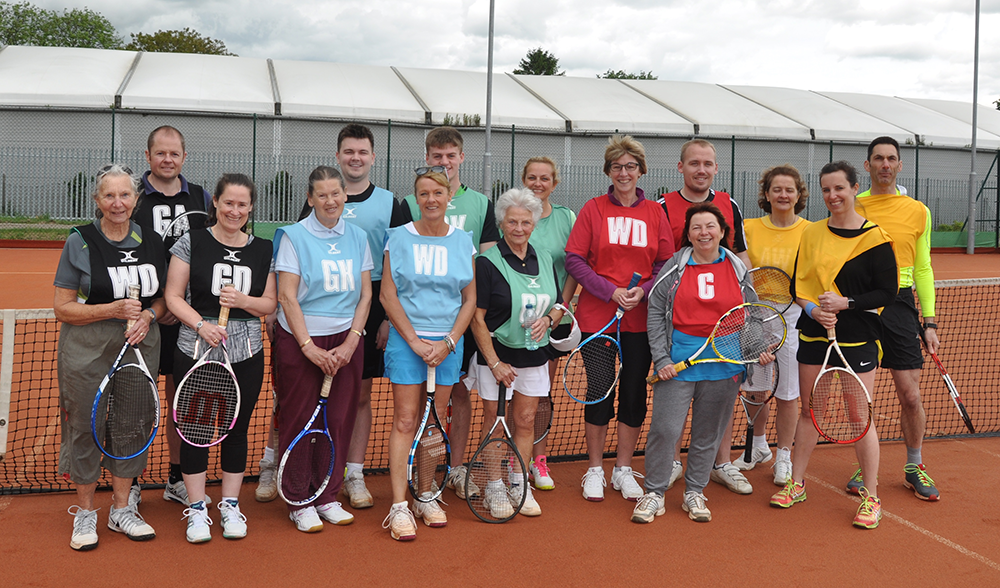 The treat of showers did not stop play at Wisbech Tennis Club on Saturday as 15 adults took part in a Fed-Cup Style Tournament played in teams of 3.  Play was fast and furious as each match, consisting of a double and a singles on a mini court, lasted just five minutes!  Competition was fierce and tactics became important as each team selected their singles and double players.  After twenty matches were completed the Red Team of Jay Cooper, Jean Brennan and Jane Page were the eventual winners.  All competitors enjoyed tea and cake to round off an enjoyable afternoon.
Quorn Family Cup 2017 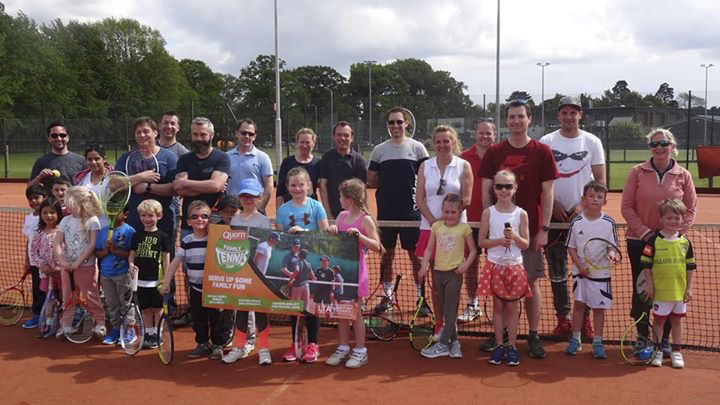 A fantastic afternoon at the club for the Quorn Family Cup.  Over 15 children took part playing doubles with a parent on the mini courts.  The final saw a determined Libby and David Hoyles up against an equally competitive Lucy and Laura Brett.  Libby and David won and will now have the opportunity of a day out at a Quorn Family Tennis Cup event held on the qualifying weekend of a LTA grass court major event. 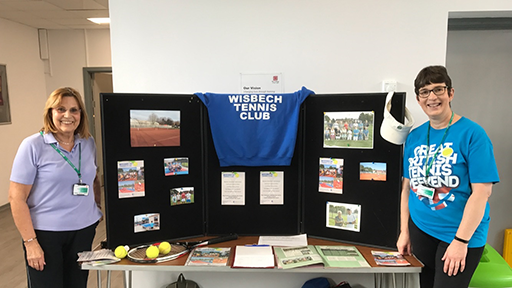 Wisbech Tennis Club were out and about this week at the College of West Anglia, Wisbech Campus, talking to staff and students about the benefits of tennis. 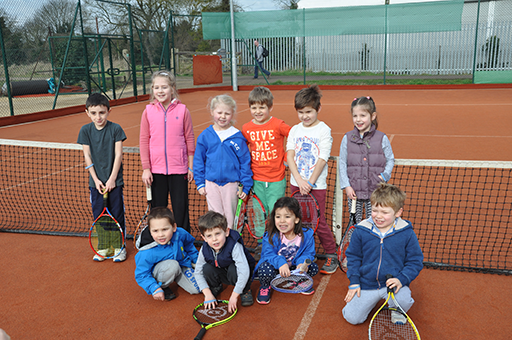 The courts were full of activity today with Half Term Tennis.  Simon and his team coached 18 youngsters in 2 sessions through a variety of skills and games. 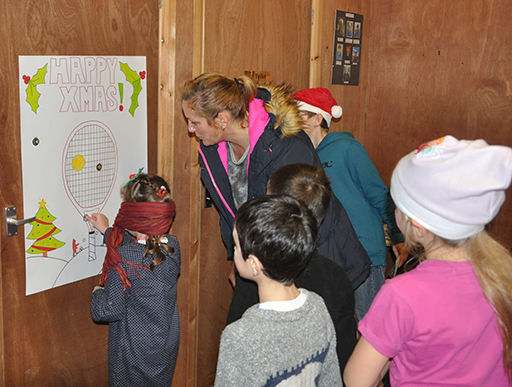 The Red Lion in Wisbech was the setting for our adults Christmas Meal and was enjoyed by 24 people.  Meanwhile the club hosted two children’s parties at the clubhouse where food and traditional games were held, including our own version of ‘find the ball on the tennis racket’. 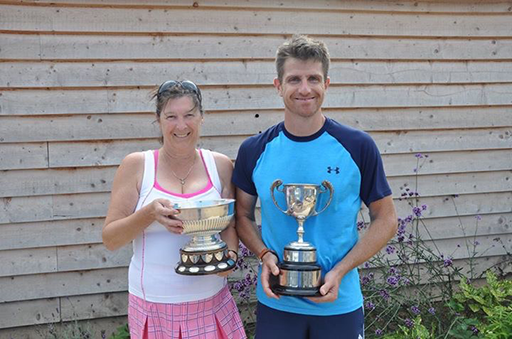 Wendy Cropp and Owen Jary retained their singles titles at the Club Championships on September 4th.  Wendy beat Jane Page in a thrilling final
and Owen beat Jack Briggs in a repeat of last years match, which saw some exciting end to end tennis.
Later in the afternoon a Mixed American Tournament was played and won by Wendy Cropp and Jac Goult, pictured on the right hand side. 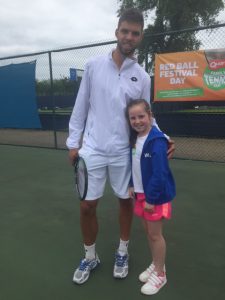 Martha Hoyles and her Mother Sally had a fun filled day at the Aegon Open at Nottingham on Sunday, representing Wisbech Tennis Club as part of the Quorn Family Tennis Finals.  They competed with over 20 other finalists from all over England and were presented with a goodie bag which included a giant tennis ball for autographs, sun glasses, cap, racket grip and a pair of tickets for free entry to Centre Court.

In the round robin competition playing on mini courts, Sally and Martha won 2 and lost 2 matches, with some amazing players represented.  They then progressed to the knock out stages and managed one win, but two losses, but all the time improving their game.

They were able to watch an all British singles match on Centre Court, of up and coming stars Daniel Evans versus Liam Broady, in the first round of the Nottingham Aegon Open, which Evans won.

Before leaving they were also invited to a Question and Answer session with Jiri Vesely (CZE) who is one of only 3 people to have beaten Novak Djokovic this year. Martha asked him how old he was when he started to play tennis and how often does he train, the answers being 4 years old and 6 hours per day.